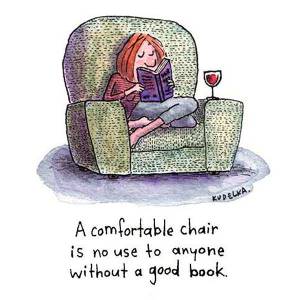 * Conrad Cherry rightly observed that Puritan New Englanders lived in the ambiguity inherent in their perception of the land as a “place of promise and threat.” A negative sacred ground in the province of Satan, it could — in the language of their myth — metamorphose into the place of God’s testing and final benediction. Far removed from the relational bonds with nature persons that characterized the religion of their Algonquin neighbors, Puritans still found themselves awed by the land they had entered. In the end, they understood that the best wild country was subdued wild country, and they transform Algonkin habitations from a sacred to an ordinary condition. And from the beginning their commodity orientation assured the trajectory of merchant, business, and mechanical success. Yet, on the way, they had absorbed something of the power of the Amerindian spirits who haunted the land. As Francis Jennings has argued, the land had been “widowed” by the ravages of European diseases and the dispiritment caused by Puritan displacement of the survivors. But, as if the ghosts of times past (native and biblical) would make their claims of the future, the Puritans and their descendants could never experience the matter-of-fact relationship with nature that characterized their ancestors. Nature, in the America that was just over the horizon, would become a central religious symbol for many inhabitants of the land: seventeenth-century Puritans and been John the Baptists for distinctively American nature religions.

~ Nature Religion in America: From the Algonkin Indians to the New Age by Catherine L. Albanese

* The historian Michael Walzer has argued that modern revolution was a task fro the kind of ascetic, single-minded, self-denying personality that Calvinism sought to inculcate, and certainly some of the successful revolutionaries of the West would seem to fit the bill. As we have seen, the English revolutionary leader Liver Cromwell, a Calvinist himself, railed perpetually against the festive inclinations of his troops. The Jacobin leader Robespierre despised disorderly gatherings, including “any group in which there is a tumult” — a hard thing to avoid during the French Revolution, one might thing. His fellow revolutionary Louis de Saint-Just described the ideal “revolutionary man” in terms that would have been acceptable to any Puritan: “inflexible, but sensible; he is frugal; he is simple . . . .

~ Dancing in the Streets: A History of Collective Joy by Barbara Ehrenreich

* The Challenge of Difficult-to-Grow Seeds
Oak trees, camellias, and roses all grow easily and quickly from seed. For other plants, figuring out how to get them to come up, how to get them to thrive, can become a lifelong struggle — or hobby, depending on how you look at it. I still have an Australian lily that my friend Ian Simpkins started by exposing it to a chemical that mimics the effects of smoke. Sometimes, I put seeds in my green egg-shaped smoker to make them germinate better. Seeds from fire-prone regions, such as our coastal southeastern forest, are stimulated by smoke. Pinus serotina is called the pond pine because it grows in glades often inundated by a few inches of water. In droughts, the soil dries and the brush catches fire and stimulates pond pine to germinate. But any source of heat will do; I discovered this while trying to stimulate a brush fire in my oven. When that proved to dangerous, I stuck the seeds in the microwave, after which they germinated readily. Find your special seed and crack it. You won’t always find glory; sometimes you’ll end up with runts, deformity, and plain-old boring offspring. But every now and then you’ll get grand results, making all the experimenting worthwhile.

Like Loading...
This entry was posted in Uncategorized and tagged So Many Books -- So Little Time. Bookmark the permalink.