A Witch’s Job Is to Turn the Wheel, and Round and Round the Wheel Must Turn 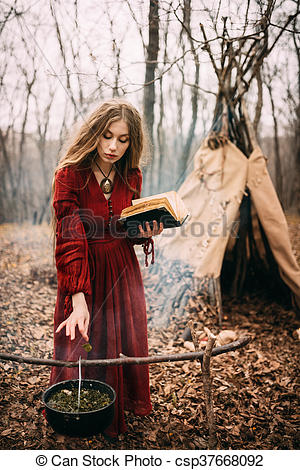 So that’s another Samhein, come and gone.

One liturgical year ended and a new one begun.

Maybe the veils will begin to draw closed or, as seems more likely to me, maybe the ancestors will keep them open for some time.  For the last five years or so, the veils never seem to really close tight, anyway.  I expect that the Wild Hunt will keep riding out and taking souls, that the the Seelie Court will keep offering what aid it believes that it can (Thank you, Cousins!!)  and that the UnSeelie Court will have, for quite some time, much over which it can gloat.

I’m an old hedge Witch and what I mostly do is try to let my own little bit of Earth know that it is listened to, labored with, loved.  I listen to it and try to hear both of its songs:  the song it has been singing for aeons and the song it sings new in each moment, in response to what it going on.

Today, a cold front is moving in.  The wind blows the leaves — yellow, orange, magenta — all around the yard and (as the leaves thin) the sun dapples even the deepest parts of the woodland garden.  The crows complain about the foxes while the squirrels and chipmunks eat the surprisingly small acorns that we have this year.

The land is content with this — and the land is alive to the dangers that swirl in the air.  Alive to the dangers, and to the poisons in the water and air, and alive — although the land has seen this before and knows it will pass as it has always done — to the miasma of human evil that, just now, swirls so thick.  The mycelia mention it to each other and each tree considers it, consults the Ent Wives, and passes it on.  Some graves in Arlington are unquiet.  An old evil chuckles, but a new, as-yet-un-named, wight gathers strength against that chuckle.  Presences crowd together on Shooters Hill.

Mostly, what I do is what hedge Witches have always done.  I bless the candy for my neighborhood children, I bless the election flyers I hand out, I bless the food I open for the cats.  I bless the herb bed as I prepare it for winter and I bless the emails that I send to friends.  I call Hygeia when I lift weights.  I strengthen my wards, I do my daily practice, I burn candles, and incense, and poppets.  Yes, I’ve taken to burning poppets.  But I bury some, too, wrapped in bindweed, hidden in abandoned cemeteries, thrown into deep ditches.

The day before Samhein, I made fire cider.  I’m a bit late, but, as we Witches know, late is better than never.  I’ll take some in water every day and I’ll use it to dress cooked greens and beans.  That’s the self-care we all keep preaching, and, preach it we should as we head into what may be a long, hard-fought winter.

Today, I picked the last of the last of the last of the collards (I’ve been saying for weeks that each batch was the last, but the land keeps giving me more) and will cook them using Katrina’s recipe:  beef broth, onions, garlic, lots of ginger, red pepper flakes, and a long, slow simmer.  (Here in the South, we savor the liquid, too, which my tea-teetotaler momma called the “pot liquor.”  That stuff is great for your immunity and general strength.  And, tasty.  So tasty.)  I need to do it today because the next five days are devoted to Get Out the Vote efforts and some political magic with Green Man and a sister Witch.

One way or another, Election Day 2018 is going to come and then it is going to go.  And, as hard as we’ve worked for it, and as much magic as we’ve done for it (and it’s not too late!!  Do some more of both!) it’s a simple fact of life that the Nazis will steal as many elections as they can.  And it’s another simple fact of life that our work will go on, regardless of what happens on Election Day.  Where will you devote your efforts?

The time from Samhein to Yule — this section of the Wheel of the Year — is the time when we Witches look back at the past year and take stock and when we begin to make plans for the coming year.  A lovely time when our fields can lie fallow; when we can sit beside our fires and drink the cider that we pressed, the tea made from herbs that we grew, and picked, and dried, and the moonshine that we distilled on Summer nights; when we can tell stories, listen to songs, whittle and knit, and rest ourselves up from all the work of harvest season — and for all the ardors of winter.

It’s not going to stop.  That’s the whole point of the Wheel of the Year.  It keeps going and it keeps happening and it keeps repeating, except that each time is different.

Isn’t that wonderful, amazing, magical beyond belief?  And you are the Witch of your place.  It’s your honor, and your duty, and your geis to turn the Wheel on your own bit of Earth.  Let’s do it together.

3 responses to “A Witch’s Job Is to Turn the Wheel, and Round and Round the Wheel Must Turn”