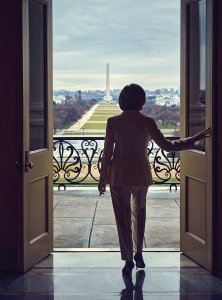 Not that you would know it from the pundits, but things have been going pretty damn well for Democrats lately.

First, I am no expert on Afghanistan.

(Then again, neither are the vast majority of both professional and amateur commentators who’ve been expressing their ill-informed opinions with impunity the last few weeks, and at least I have a graduate degree in political science with a concentration in international relations.)

When the US first invaded Afghanistan in the wake of the September 11 attacks (which, seeing as we’re nearing the 20th anniversary, I will *once again* remind people ALSO hit DC, NOT JUST NYC thankyouverymuch), we had a pretty clear mandate: stop Al Qaeda from operating there, get Bin Laden.

W was successful at the first, it took Obama to accomplish the second, but W and his cronies quickly pivoted to “also, too, American-style democracy, nation building, human rights, etc. etc.” In other words: The Afghan War, The Search for More Money. Maybe I’m being too cynical, maybe W really did care deeply about the human rights of Afghan women and girls. But I suspect what he really cared about was boatloads of cash for Dick Cheney’s Haliburton and all the other defense contractors who make BIG donations to Republicans.

Thing is, the US has tried to waltz into countries where we’re ignorant of their history and culture and impose American-style democracy before. And it never ends well. We pretty much own the term “quagmire.”

When the US pull out officially started, the Afghan government and military collapsed like wet cardboard, likely having been bribed to do so, possibly by the Russians (who have their own inglorious history there). We were completely fine with endemic kleptocracy as long as it suited our interests, so we really shouldn’t be that surprised that someone else took a lesson.

The incredibly rapid takeover by the Taliban appears to have caught the Biden/Harris administration looking. And shit got chaotic as hell for a minute. And the pundits – and Republicans – publicly lost their damn minds.

(That record was shattered yesterday, in the suicide bombing outside the airport that killed 12 service members and many more Afghans. Which, while tragic, doesn’t change my larger point.)

Should they have been prepared with what they’re doing now three weeks ago? Perhaps, but I’m not sure it’s fair to have expected them to predict that there would be literally NO organized resistance to the Taliban from Afghans themselves.

Want someone to blame in all of this? I’d start with Stephen Miller, whose insane racism led him, among other things, to completely wreck the US Special Immigrant Visa program.

Meanwhile, Joe Biden, the only president to preside over the Afghan war who actually had a kid who served, knew it was time to go, stuck to his position even when he ran into strong headwinds, and made it work.

As I recently tweeted, “Never bet against Nancy Pelosi when accomplishing important shit is on the line.”

Joe Biden and Kamala Harris came into office with VERY clear policy goals related to a whole host of issues.

Some of those are being addressed by the infrastructure bill that Dems in the Senate worked hard to secure enough Republican support to prevent the filibuster and allow it to pass.

Some of those were originally talked about as part of a much larger potential infrastructure package, but that bill would’ve been killed in the Senate had it gone forward with all the items from everyone’s wish list included.

Those additional items – universal pre-K for 3- and 4-year-olds, child care for working families, tuition-free community college, funding for HBCUs, expanding Pell grants, creating a path to permanent legal status for the DREAMers and other qualified immigrants, fighting climate change, clean energy development, reducing homelessness – are in the budget reconciliation bill. That bill can’t be filibustered and just needs a straight majority in both Houses of Congress to become law.

As often happens, the Blue Dog Dems and the Squad et. al. were in conflict about order of priority, with everyone playing a game of chicken on “I want my priority bill to go first, so who’s gonna blink?”

The answer: Both of them, because Nancy DOES NOT lose on critical votes.

She’s so good, she’s like, “We’re doing the John Lewis Voting Rights bill, too. Don’t even try and stop me.”

These bills will be the largest investment in public works and social programs since FDR.

To quote GQ Grandpa Joe Biden: “This is a big fucking deal.”

“Are you crazy Mrs Whatsit? We went from ‘hot vax summer’ to ‘delta anxiety summer’ in about a minute. How is the current situation with the pandemic a win?”

Because the FDA just gave full approval to the Pfizer vaccine, and it’s likely that full approval of the Moderna and J&J vaccines are not far off.

Look, plenty of Republicans are so locked into their illogical, anti-science ideology that they’ll try ANYTHING – hydroxychloroquine, shooting up bleach, shining UV light up their asses, horse de-wormer, DEATH – rather than take the damn shot.

But with full approval, it just got a hell of a lot easier to mandate vaccines.

Want to eat at this restaurant, shop in this store, work out at this gym, see this movie, attend this school, serve in the military, keep your job? You have to get vaxxed.

OF COURSE any person has a right to refuse the vaccine. But if you make that choice, if you exercise that right, you have to accept the consequence of being isolated and not allowed to do, well, pretty much anything outside your house. You DON’T have the right to run around infecting and potentially killing people willy-nilly.

We’re starting to see insurance companies increasing premiums and hospitals triaging based on vax status, and it’s about time. Sorry, bud, but if you chose not to get vaccinated, and we’re running out of ICU beds, you go to the back of the line. Thought & prayers.

Image found on Twitter, with the BEST image caption EVER.

3 responses to “Dems in Array”