* Oh, this would be lovely to listen to on the way to and from work. Most anything by David Whyte is good. Here he is on Rest:

The template of natural exchange is the breath, the autonomic giving and receiving which is the basis and the measure of life itself. We are rested when we are a living exchange between what lies inside and what lies outside, when we are an intriguing conversation between the potential that lies in our imagination and the possibilities for making that internal image real in the world; we are rested when we let things alone and let ourselves alone, to do what we do best, breathe as the body intended us to breathe. When we give and take in this foundational way we are closest to the authentic self, and closest to that self when we are most rested. To rest is not self indulgent, to rest is to prepare to give the best of ourselves, and to perhaps, most importantly, arrive at a place where we are able to understand what we have already been given.

The Sackler Gallery is about to host what looks like a spectacular exhibit on Yoga: The Art of Transformation and the National Gallery of Art is in the final weeks of a brilliant exhibit on the Ballets Russes: When Art Danced with Music. I slipped out at lunch one day this week to see this exhibit and hope I’ll get over to the Sackler for the one on yoga. What art is inspiring you these days?

* Here’s a bit of inspiration for the next time you call the Element of Water.

* You have to read Terri Windling today. Here’s a taste:

“Perhaps we are born knowing the tales, for our grandmothers and all their ancestral kin continually run about in our blood repeating them endlessly, and the shock they give us when we first hear them is not of surprise but of recognition. Things long unknowingly known have suddenly been remembered. Later, like streams, they run underground. For a while they disappear and we lose them. We are busy, instead, with our personal myth in which the real is turned to dream and the dream becomes the real. Sifting this is a long process. It may perhaps take a lifetime and the few who come around to the tales again are those who are in luck.”

The subsequent discussion of Sleeping Beauty reminded me of one of my favorite Dorothy Parker poems:

The day that I was christened-
It’s a hundred years, and more!-
A hag came and listened
At the white church door,
A-hearing her that bore me
And all my kith and kin
Considerately, for me,
Renouncing sin.
While some gave me corals,
And some gave me gold,
And porringers, with morals
Agreeably scrolled,
The hag stood, buckled
In a dim gray cloak;
Stood there and chuckled,
Spat, and spoke:
“There’s few enough in life’ll
Be needing my help,
But I’ve got a trifle
For your fine young whelp.
I give her sadness,
And the gift of pain,
The new-moon madness,
And the love of rain.”
And little good to lave me
In their holy silver bowl
After what she gave me-
Rest her soul!

Deep in the Forest, Safe Beside the Fire, Worried in Bed 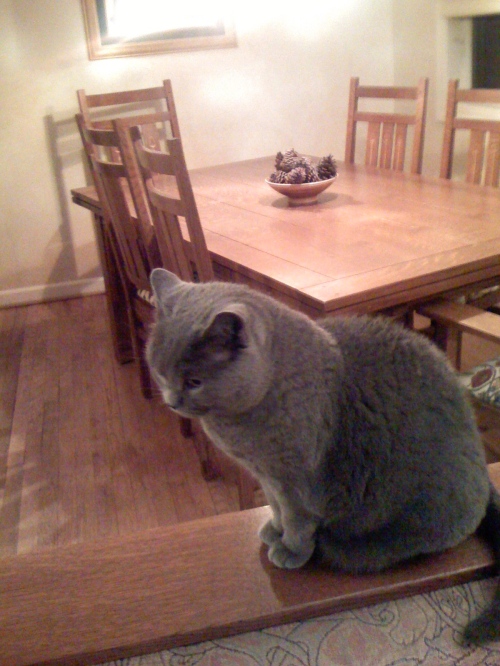 With many thanks to Sylvia, I’ve been reading From the Forest: A Search for the Hidden Roots of Our Fairy Tales by Sara Maitland.

I am suggesting that we walk in all the forests with a double map: a rich, carefully researched by still incomplete map of the history (economic, social, and natural) of woodland that spans not just centuries but millennia; and a second map which relocates the forests in our imaginations and was drawn up when we were children from fairy stories and other tales. To make everything even more difficult, the fist map is a palimpsest: the older history has been scraped off by biological scientists over and over again and rewritten in the light of new discoveries — with details [such as] ‘beech trees were . . . were not . . . were indigenous.’ The second map is a magic map, which shifts and changes every time you try to use it to find out where you are, where you came from and where you might be going.

I love to walk in the woods and watch the maps shift. Do you?

Currently, anthropologists and social geographers suggest that all art began with ritual and arises initially out of a religious rather than aesthetic response [and Chas Clifton says that religion arises from ritual, as well, rather than vice versa]: the cave paintings of southern France or Central Eastern Africa (or anywhere else) were more fundamentally about hunting rituals than about interior decor. . . . Rhythm developed into music. Both visual and narrative images came later — first solid objects (sculpture), then representation (two-dimensional metaphors for three-dimensional realities); first songs, then poetry, then stories.

(I’m skeptical that songs came before poetry, but that’s just me.)

I’m not sure that there’s actually a difference, at least when things are done right, between rituals and interior decor. I’ve always maintained that, if a Witch steps into my home, she will look around and, in spite of an almost complete absence of obviously “Witchy” paraphernalia, say, “Ah, a Witch lives here,” while if someone unfamiliar with Witchcraft steps into my home, they’ll be a bit confused. They immediately have a sense of peace and “rightness,” but are often at a loss to explain or describe it. I saw it again this weekend when a Witch new to my home walked in and immediately asked, “What style of furniture is this?” When I told her, she said, “Ah, well, you’ve convinced me that it’s the most Witchy style there is.” Although I wasn’t trying to convince anyone of anything. But when it’s done right, the interior design is as much a part of the ritual as the ritual is part of the interior design.

Where are your forests? Which –ritual or decor — comes first in your home?

I woke up this morning around 1:00 am and did something that I seldom do: tossed and turned, worrying about everything. I’m too old to do this very often; I’ve long since learned how useless it is and I’ve had more than a few years to learn how to lure Morpheus, reluctant lover though he may be, to my bed. But last night I fretted over the thrust of a brief, worried about my health and lack of progress on some of my goals, stewed over corporate attempts to turn water into a commodity (and, honestly, of all of my night terrors, this is the one that really does give me hives and makes my bed uncomfortable), fidgeted over several friends, reviewed my prospects for life as a bag lady, decided several times that the house-creaking noises were not a serial murderer breaking in to my little cottage, and pondered exactly how many more years my roof will last.

In the end, I gave up, got out of bed, took a hot bath, and sat myself down — again — at my altar. It’s all real; it’s all metaphor; there’s always more.

Today, I rewrote the brief, made a doctor’s appointment, and went for a long walk at lunch.

What helps you go back to sleep?

Photo by the blogger; if you copy, please link back.

Friday Poetry Blogging — How to Survive a Fairy Tale

Fairy tales are full of impossible tasks:
Gather the chin hairs of a man-eating goat,
Or cross a sulphuric lake in a leaky boat,
Select the prince from a row of identical masks,
Tiptoe up to a dragon where it basks
And snatch its bone; count dust specks, mote by mote,
Or learn the phone directory by rote.
Always it’s impossible what someone asks—

You have to fight magic with magic. You have to believe
That you have something impossible up your sleeve,
The language of snakes, perhaps, an invisible cloak,
An army of ants at your beck, or a lethal joke,
The will to do whatever must be done:
Marry a monster. Hand over your firstborn son.

I’m pretty sure that I’ve blogged this poem before, but it’s a good reminder, here at the beginning of the secular new year.