How to Rewild for Urban Witches 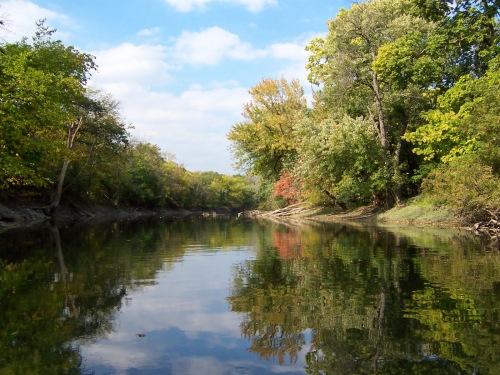 I wrote recently about rewilding, as advocated by Peter Grey, the urban Witch. I firmly believe that we have to make what we say relevant to Witches who live in urban places (cities and close-in suburbs) because that is where most of today’s Witches likely live (simply because that is where most of today’s people live). How does an urban Witch connect with hir landbase? One way is to get to know the features and geography of the place.

Here’s an excellent article entitled How To Know Where the River Is. The entire thing is worth a read. The author describes a typical urban bus stop, trash and all, located near a wounded tree. Yet the tree, the author says, isn’t the main attraction.

That would be the surprising variety of large birds in the air on any given morning, especially in spring. There might be noisy Canada geese, several crows, or a couple of gulls. On a sunny, blustery morning, wind from the south, the sandhill cranes will be heading north in what seems to be their favorite flying weather. Another day a red-tailed hawk will be circling. One April day, sky full of clouds, strong wind from the northeast, I saw a great blue heron heading north, angular, tacking the gusts, looking like the Platonic form from which people first developed the idea of “kite.”

From these sights, anyone should know that the Des Plaines River is about a mile or so due west.

On a humid summer day, if you cycle west towards the Des Plaines, at some point you’ll notice that the smells of exhaust and mown grass and the warm, dusty feel of the air change to a cooler, heavier scent—the green feel of the woods, with deeper, damper notes of more heavily oxygenated air and the slowly moving river.

A relationship with the river is important for urban people because:

Adorned with its archaic green ruff, the Des Plaines winds through the street grid like a twisting vein of biological complexity interrupting the product of human logic. Those who visit often, who quiet down, and listen, observe, and learn, will understand what it might mean to live as “naturalized citizens,” Robin Wall Kimmerer’s term for those whom the land has influenced until they become part of that place and its natural community.

A thriving tree at a bleak bus stop, with its understory of bittersweet nightshade, lady’s thumb, dandelion, and sow thistle; the sight of a great blue heron angling north-northwest-northeast against the strict north-south grain of the streets—such things as these could remind you of where you really live, which might not be where you think you are.

Where do you really live? Is it where you think you are?